Lymph is a thin, clear fluid that circulates throughout the body to remove waste, bacteria and other substances from the tissues. So, lymphedema collects in the area of the body.

Lymphedema is a potential side effect of the breast cancer surgery and radiation therapy that can appear in some people during the months or even years after treatment ends.

If lymphedema develops in those who’ve been treated for breast cancer, it usually occurs in the arm and hand, but sometimes it affects the breast, underarm, chest, trunk and or back.

Why does lymphedema happen? As part of their surgery, many people with breast cancer have at least two or three lymph nodes removed from the underarm (sentinel lymph nodes biopsy), and sometimes many more nodes (axillary lymph node dissection). If the cancer has spread, it has most likely moved into those underarm lymph nodes first because they drain lymph from the breast. Many people also need radiation therapy to the chest area and/or underarm. Surgery and radiation can cut off or damage some of the nodes and vessels through which lymph moves. Overtime, the flow of lymph can overwhelm the remaining pathways, resulting in a backup of fluid into the body’s tissues.

Although there’s no way for sure whether you’ll develop lymphedema after breast cancer, you can help yourself by learning more about it.  Know your risk factors, take steps to reduce your risk, and be aware of early symptoms.  Left untreated, lymphedema can worsen and cause severe swelling and permanent changes to the tissue under the skin, such as thickening and scarring.

Adding to the frustration some people feels the conflicting advice about how to prevent and manage lymphedema. Also, many doctors don’t have a great deal of experience with lymphedema. Realize that you may need to take charge and find your way to a certified lymphedema therapist. 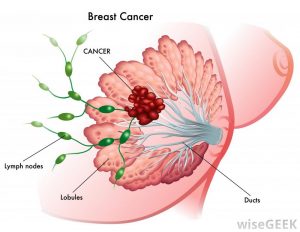 Early detection can be challenging, though because first symptoms are often subtle. A change of just 2 centimeters (cm) — or about ¾ inch — in the circumference of the arm can suggest lymphedema is developing, but you may not notice this change.

Symptoms to look for include:

It’s never a good idea to wait out the symptoms to see if they get worse. The more time passes, the more likely it is that lymph will build up in the tissue. Once it happens, lymphedema can cause lasting damage, including changes in the appearance of the limb and the skin. Treating it is likely to take more of your time and energy that it would if you get help at the first sign of trouble. 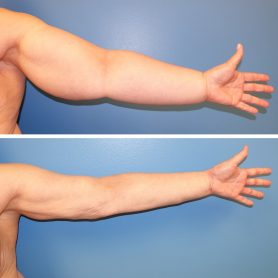 Sudden swelling: Lymphedema usually happens gradually. However, some women have reported that their swelling came on suddenly. If you ever experience sudden severe swelling – meaning that your hand, arm or other body part seems to “blow up” to a larger size within a day or two – see your doctor right away. It could mean that you have an infection, a blood clot (also known as deep vein thrombosis), or a recurrence of the cancer that is affecting the lymphatic system.