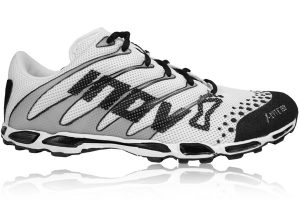 Nowadays, many athletes (mostly runners) talk about the notion of pronation or supination being a common problem in their functional mechanics. Many athletic companies now design shoes, orthotics and equipment geared at helping to increase or decrease the amount of pronation or supination based on ones anatomy and biomechanics. Even though this sounds like a good idea, sometimes it is not and this is why.

To begin, pronation and supination occurs at all joints within the body, not just in the feet and ankles! As we move, both occur simultaneously allowing joints to exert and transmit forces from one to another. As our bodies are interconnected through muscular and fascial chains, weak muscles may alter the way in which each joint will change from pronation to supination (and vice versa) and may therefore alter how we perform movement patterns. Essentially, muscle weakness from either pronation or supination may create difficulty for the body to move efficiently through space.

Pronation is characterized by the collapsing of the body under gravity that can be observed by flattened arches, bent knees, internally rotated femurs, anterior pelvic tilt, spinal flexion, protracted shoulder blades and flexion of the cervical spine. Pronation forces work with gravity and therefore a lot of energy is required to overcome the concentric forces that they exert. Pronation also creates storage of elastic energy allowing individuals to perform powerful movements such as sprinting and jumping when needed. Problems with pronation would resemble thoracic kyphosis, lumbar lordosis, forward flexed head, rounded shoulders, flat footedness and increased valgus (collapse) at the knees.

Supination, on the other hand, can be characterized as the resistance to gravity that can be seen through high supported arches, an externally rotated tibia, posterior pelvic tilt, spinal extension, retraction of the shoulder blades and cervical extension. Supination therefore can be characterized as the extension of the body against gravity; as such it requires lots of energy and constant force to remain in supination. Its part of the propulsion component of the body and also produces concentric forces with the help of elastic energy generated through pronation.

When pronation and supination work together in unison, body movement is fluid and efficient creating a continuous suspension and support system for all joints. It’s when either pronation or supination is missing, injuries often occur as either the suspension or support component of movement is missing. Take for example a bridge, if one of the bridges support lines snaps (suspension), the other structures underneath it take on the extra load to keep supporting the bridge (support). In our body, if the suspension is weak, it has a tendency to collapse upon the supportive structures below creating undue stresses at the next joint. In runners, weak hip musculature, in time, can create inefficiency in weight bearing activities causing additional forces on joints not meant to take extra load. This may create imbalances within the system causing compensations presenting as pain, weakness, foot/knee dysfunction or even gait deviation.  When athletic companies come and provide shoes or orthotics to correct over pronation or supination, this alleviates temporarily the affected joint and rearranges the forces to affect another joint. There’s a reason for which your body is remaining in either pronation or supination to begin with and this is because of the muscle activity supporting the body. A shoe or orthotic will correct the effects at one joint but only to affect another one in the same way which may lead to different pain down the line. Muscular corrective exercises are the best long-term solution to resolve this problem and should be provided given that someone is suffering from over or under pronation or supination.

To conclude, both pronation and supination are required to allow joints to move correctly and allow force transmission from one to another. Shoes, orthotics and exercise equipment may temporarily alleviate symptoms of pain brought upon by improper biomechanics but the only true solution will be corrective exercise. A properly structured exercise program will always take into account ones weaknesses and assure that they do not hinder progress. Remember, the way you move is relative to what is strong in your body, and no external equipment can change that unless you work the desired tissue yourself.